Loople Sendai
Fares and How to Ride 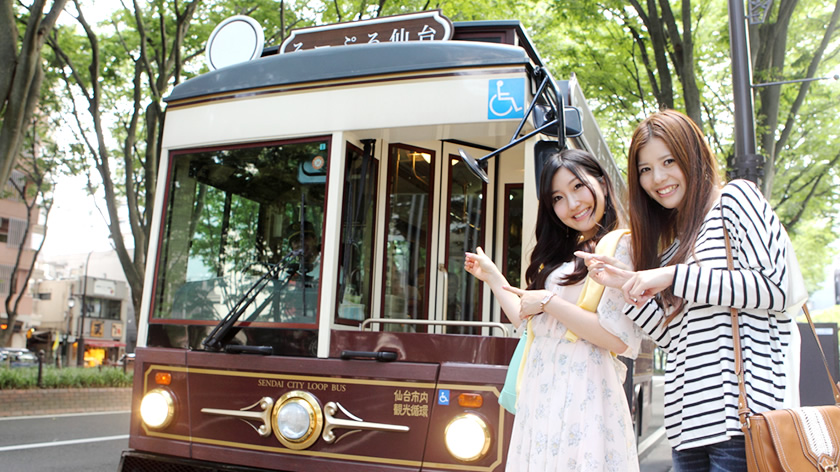 Loople Sendai is a bus that makes a loop tour through the popular tourist spots in central Sendai. Enjoy the sights of Sendai through the bus window, or step off the bus to explore the destinations. With a One-day Pass you can hop off where you choose, spend some time, then hop on again as often as would like. Also you can get special offers at facilities along the route. Please make the best of your visit to Sendai by using the Loople Sendai. 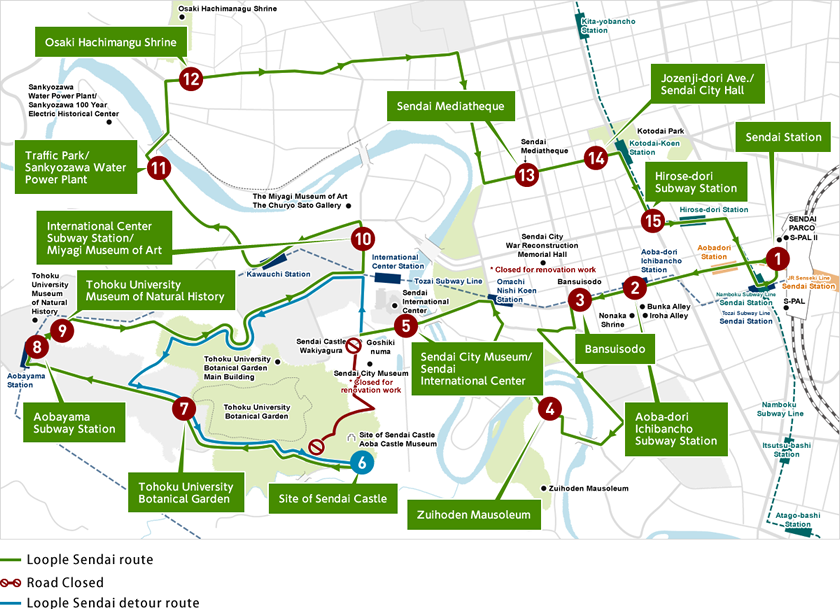 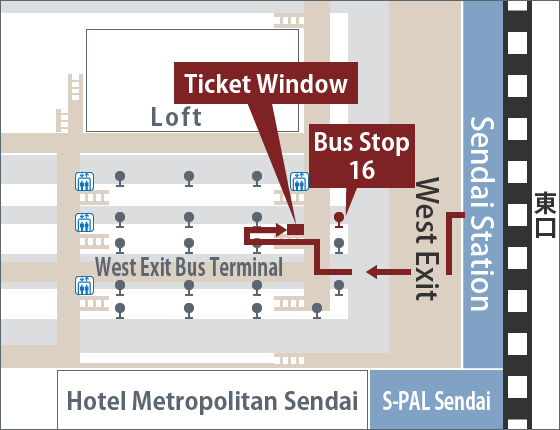 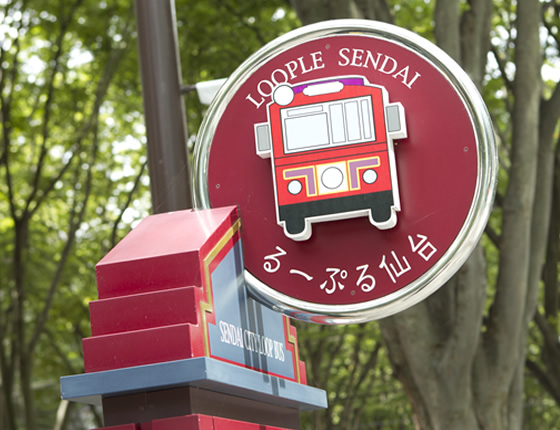 Loople Sendai departs at Sendai Station, the starting point, from the West Exit Bus Terminal Stop 16. To get there, go down the Bus Terminal stairs, and you’ll see the red bus stop with the Loople Sendai mark on your left.

Makes a loop
in 80 minutes

Loople Sendai runs every 30 minutes on weekdays, and every 20 minutes on Saturdays, Sundays, and National Holidays.

Loople Sendai Fares and How to Ride 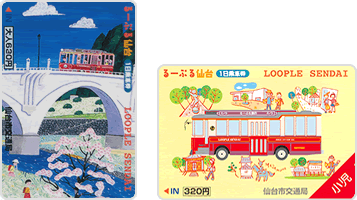 Board Loople Sendai buses at the middle door, and exit from the front door. Pay the fare when exiting the bus.

When you purchase a One-day Pass, the following facilities offer
discounts for admission, food and drink or other special offers.

Show your One-day Pass when you enter or before ordering. 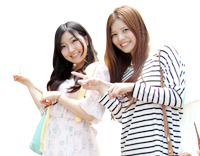 Special Offers of One-day Pass for Loople Sendai and Subway

In addition to the above special offers, the following attractions that are located near subway stations offer discounts for admission.

Where to Buy Economical One-day Pass

Economical “One-day Pass” valid for one day of unlimited rides are on sale now.

Facilities along the route of Loople Sendai

22 hotels and accommodation facilities in Sendai City
Any visitor can purchase tickets from the front desk of these hotels.

Where to buy One-day Pass for Loople Sendai

Where to Buy One-day Pass for Loople Sendai and Subway

The following facilities are closed on Mondays. Facilities may close or change opening times without notice.

The number in the red circle shows the closest bus stop.

Please be aware that the museums and parks have holidays that vary during the beginning and end of the year. Please refer to each facility's website or call them for more information. 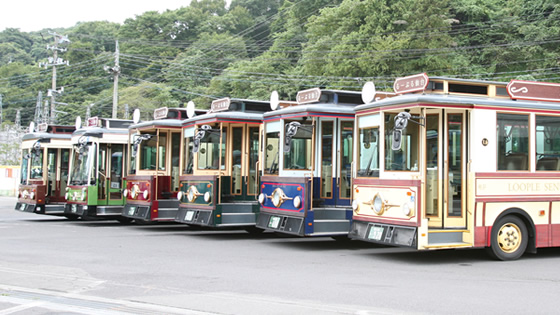 The streetcar design of the Loople Sendai buses is popular not only with tourists, but also with the citizens of Sendai. The retro color scheme is a perfect match for the leafy green cityscape of Sendai.
The Loople Sendai Buses are barrier free. (They have equipment that cater to those passengers with wheelchairs.) There is plenty of space in the aisle, and each bus has a ramp entrance or wheelchair lift. Feel free to tell the driver when you need assistance.

※Some tourist spots have slopes or steps, so please check before visiting.

Sendai Free Wi-Fi can be used at Loople Sendai buses and bus stops. 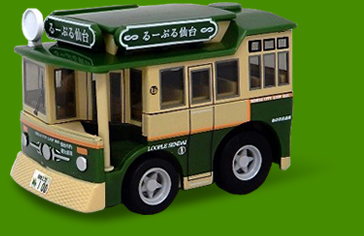 We sell Choro-Q versions of the retro tourist bus Loople Sendai. They are available only within Sendai, so please buy one as a gift or souvenir of your trip on Loople Sendai.*Penny Racers