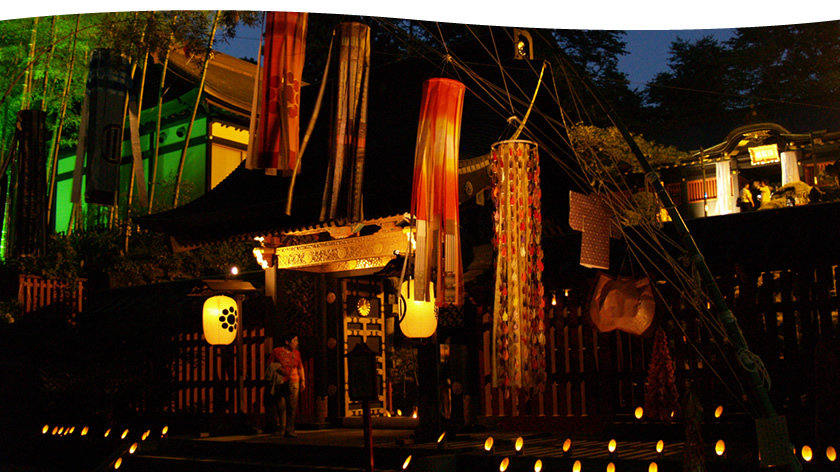 There are plenty of nighttime events, and the path and compound of Date Masamune’s final resting place, Zuihoden Mausoleum, are lit up with bamboo lanterns. A wide variety of events also take place, such as Japanese flute performances in magical locations, and forest concerts. Also, the Date Masamune riding on a horse statue at Sendai Castle is lit up, and there are nighttime military performances by the samurai entertainment group, Date-Busho-Tai.

If you want an efficient way of visiting all the nighttime events at the sites along the Loople Sendai route, we recommend using the Tanabata Night Bus.

Dates of operation
*It will not operate in 2021.

Length of ride
One loop is about 55 minutes (From Sendai Station, 15 minutes to Zuihoden Mausoleum , 22 minutes to Site of Sendai Castle) 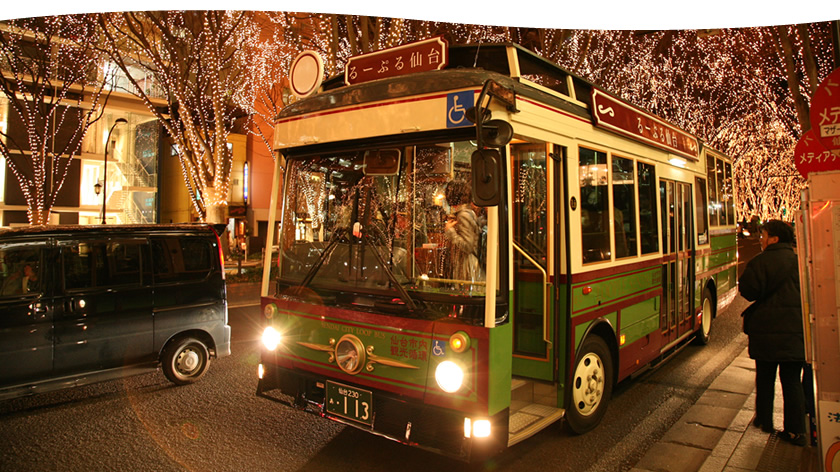 The Sendai Pageant of Starlight is an illumination event run by the citizens and held mainly along Jozenji-dori Avenue. The zelkova trees that line Jozenji-dori Avenue are lit up with thousands of lights, creating a magical atmosphere.

Taking a leisurely stroll around is wonderful, but why not enjoy the tunnel of light on the Loople Sendai?

Length of ride
One loop is about 45 minutes

Notes
(1) For Covid-19 infection prevention, we may restrict the number of passengers during peak hours. (2) Please wear a mask and use hand sanitizer when riding on a bus.

*This information is regarding the 2021 Loople Sendai Pageant of Starlight Bus only.